SCP Auctions current auction is its largest ever.  Over 1,000 items, including several collections consigned directly from former athletes, are included between the two with bidding set to open April 10 and close over two days—April 26 and 27.   Items from the careers of John Havlicek, Steve Garvey, Rollie Fingers, Bret Saberhagen, Chris Mullin and George Sisler will be included along with the usual array of sports memorabilia and vintage sports cards.

“We have had the honor in past auctions to offer many personal collections from some of the greatest players in sports history,” said Dan Imler, company vice president, “but never before has there been a single auction that has included more incredible collections with direct player provenance.”

The sports auction event of the year ends next week. Never before has a single auction included more incredible collections and marquis items with direct athlete or estate provenance. In addition, this auction includes a broad selection of elite hobby treasures so vast, it must be seen to be believed. Get your initial bids in now to qualify for extended bidding on the closing days.

SCP Auctions, in agreement with Reggie Jackson, has decided to withdraw his 1977 Yankees jersey attributed to Game 6 of the 1977 World Series from our current auction. Photographic evidence indicates that this jersey was worn by Reggie in the Yankees clubhouse after Game 6 of the 1977 World Series, however, further detailed analysis of video footage of the game shows some subtle inconsistencies between this jersey and the one he wore on the field during the game. This is based primarily on analysis of the pinstripe alignment relative to the sewn on “NY” crest on the front of the jersey. Since taking this jersey home from Yankee Stadium on the night of October 18, 1977, Reggie has kept this jersey for 35 years believing it to be the one he wore on the field. However, SCP Auctions and Reggie Jackson are in agreement that further research is required to positively validate this jersey as his game worn jersey from that night.

SCP Auctions and Reggie Jackson are jointly committed to protecting the interests of collectors and his fans. We at SCP Auctions hold ourselves to the highest standards of integrity and diligence with regard to authentication, and deeply regret any inconvenience this has caused our valued clients. 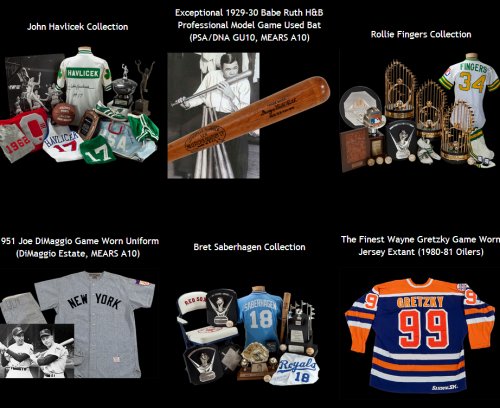