With the 50-year anniversary of Reggie Jackson’s 3rd Longest Homer in MLB history right around the corner, we are excited to offer the game worn jersey Mr. October dawned on that historic night at the 1971 All-Star game in Detroit. The highly important jersey has a plethora of provenance and documentation, including a Letter of Photomatch from Resolution Photomatching Service and a perfect score of A10 from MEARS. Jackson’s home run was a screamer and everyone in Tiger Stadium craned their necks to follow its majestic trajectory all the way until it hit the transformer at the top of the stadium. The jersey is expected to exceed a quarter million dollars when it is all said and done.

Many significant and important game worn treasures are also available in the auction. Some notable lots include a highly valuable 1984-85 Michael Jordan home rookie Bulls jersey graded A10 by Mears, a 2012-13 Stephen Curry gamer photo-matched by Meigray to four games, a rare 1994 Michael Jordan Birmingham Barons alternate jersey originally from the George Koehler collection and two lots consisting of important Derek Jeter gamers; one from 2008 with a Yankees/Steiner LOA the other from the Captain’s final season in 2009 graded MEARS A10 and photomatched by RGU.

SCP hopes to ride the continued boom in the card market with a group of over 150 trading cards and complete sets. Highlights include a 1955 Topps Baseball complete set ranked #12 on the PSA registry with an 8.0 GPA, a low population SGC Mint 9 1963 Topps Mickey Mantle, a complete set of 1986 Fleer Basketball including stickers all graded PSA Mint 9, Two BGS Gem Mint 9.5 1986 Fleer #57 Michael Jordan’s and a 1909-11 T206 white border Eddie Plank graded VG 3 by SGC. All the cards are anchored by the valuable 1980 Topps Bird/Erving/Magic PSA Gem Mint 10 sitting atop the sale in Lot 1. 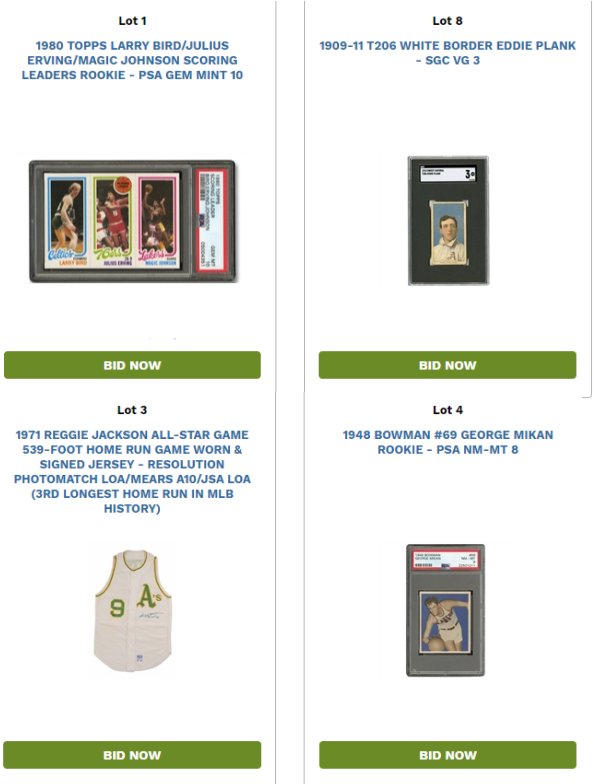 Several rare and intriguing original photographs have been consigned to SCP and round out the sale. Featured lots include possibly the earliest Koufax Type 1 Photo from his signing with the Brooklyn Dodgers in 1954, a rare 1919 World Series Type 1 of Shoeless Joe Jackson, a 1928 Ruth and Gehrig Type 1 with the Bremen Flight Crew at Yankee Stadium and a pair of very early Michael Jordan Type 1’s from 1984 and 1986 respectively. Jackie Robinson makes an appearance in the rare photo department, taking up four of the lots in the category including a very early 1947 Brooklyn Dodgers Type 1 taken with his infield cohorts, Pee Wee Reese, Eddie Stanky and Johnny “Spider” Jorgensen. 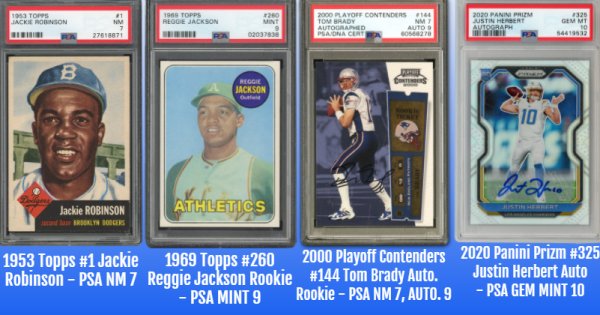