See Kevin in an upcoming episode of the new show “Ball Boys” on ABC, Saturdays at 3pm eastern. From the producers of cable’s top rated Pawn Stars, the 12 half-hour episodes will feature the never-before-seen negotiation of buying and selling unique sports merchandise, both at the store and at off-site locations.

Strike It Rich (3:00-3:30 p.m.) – Former NBA star Jalen Rose swings by to educate Junior in basketball, while Senior negotiates with a customer who literally crosses the line. Sweet Lou and Junior go to bat for a Minneapolis Twins fan looking to surprise his dad for his birthday, while the boys barter for a 1940s Philadelphia Eagles football signed by a Hollywood icon. Plus, Sweet Lou misbehaves in the store and Senior contemplates his punishment.

Shirts and ‘Skins (3:30-4:00 p.m.) – To Sweet Lou’s lament, Senior rewards Shaggy with a trip to see one of the greatest – and strangest – Washington Redskins collections in the world. Meanwhile, a Hank Aaron Atlanta Braves jersey forces to boys to be creative during negotiation with the owner, and things get personal when Junior is offered a chance to purchase a Magic Johnson signed basketball. In addition, Shaggy and Sweet Lou get into an argument about the recent All-Star baseball game. 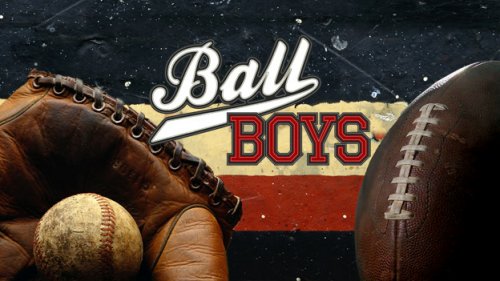