The Collector Connection (Booth #1058): View, bid and register for the current August 8th auction as well as bring your consignments for our greatest Pre-War auction ever this November.  We look forward to seeing you at The National!  We are always buying and selling! 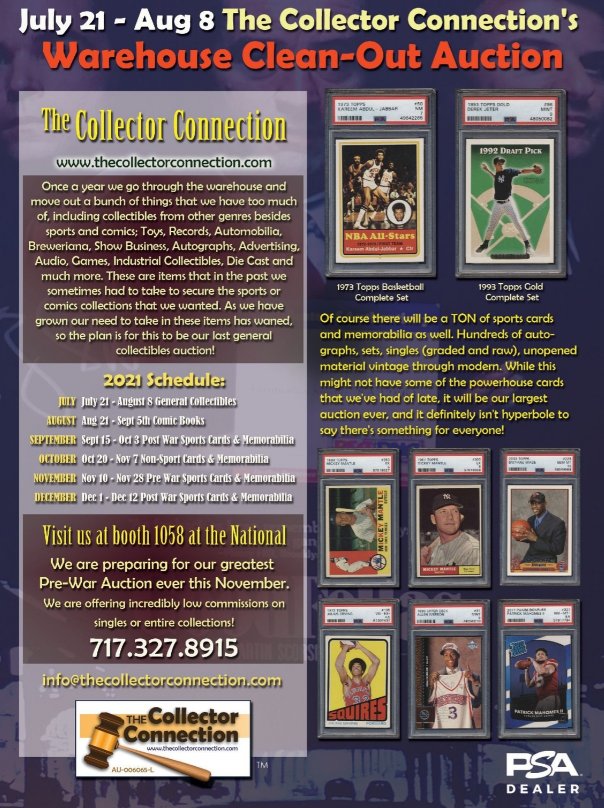