The Collector Connection (Booth #465): Will have highlights from our current auction including 1952 Topps and 1949 Bowman Set Breaks available to viewing and bidding. Will also have highlights from upcoming auctions and be accepting consignments. Especially looking for great Pre-WWII cards and memorabilia for our November Pre War Auction! 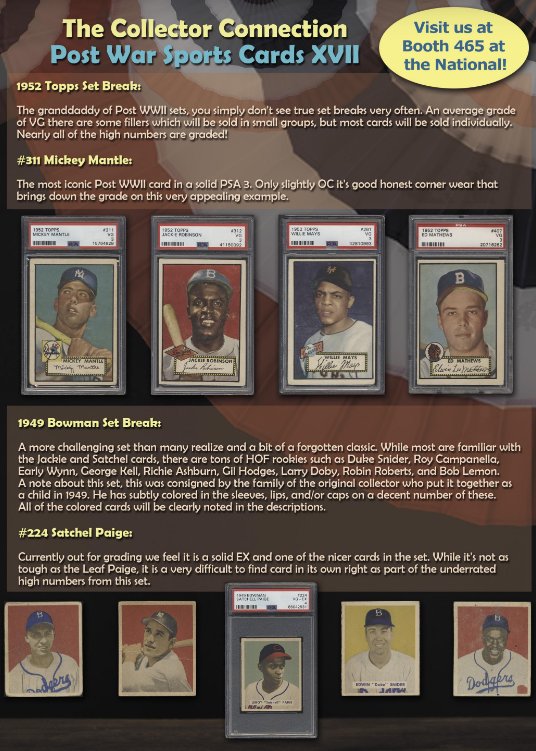