The 2nd Monthly Auction is packed with amazing memorabilia and autographs including High End items from Tom Brady, Babe Ruth, Mickey Mantle, Thurman Munson and tons of others. Check out these featured offerings and Start Bidding now! The Auction Closes Saturday Feb 16th at 10:30 PM.  Bid, register and view items at auction.steinersports.com.

High Grade Ty Cobb and Babe Ruth Single Signed baseballs, Clemente, McCarthy, Nixon, and many other signed baseballs are featured in the Feb 16th Monthly Auction! This is the Final week to bid in this incredible auction event. Check out these signed baseball lots ending this Saturday Night 2-16 at 10:30PM ET!

Tom Brady’s autographed HANDWRITTEN notes from Super Bowl XXXIX just hit the auction block
This handwritten note sheet recounts the Patriots 24-21 victory over the Philadelphia Eagles in Super Bowl XXXIX, the final game of the 2004 NFL season. On this 8 ½ x 11 inch sheet, Brady wrote down the result of each offensive play the Patriots ran and what offensive protection he calls out at the line of scrimmage. Each play is described in three columns, one for down and distance, one column for the play, and a final denoting the defensive front trotted out by Philadelphia defensive coordinator Jim Johnson. What makes this particularly of interest is that this play sheet could provide definite evidence that Tom Brady “Knew” what defensive form was coming next and perhaps was written down in order to track the formations of the Eagles defense and could be evidence from the “Spygate” investigation. Each of the 12 New England drives, with the exception of the final kneel down as time expired, is noted on this sheet. Thick blue and green lines separate each drive on the handwritten sheet. Brady meticulously wrote his notes on this sheet in blue pen. At the top of the sheet, below the three hole punches, Brady wrote the date, “Feb. 2005”, and his opponent, “Eagles”, in blue marker.

Steiner Auctions is accepting consignments for our upcoming auctions.  Steiner Auctions provides rare & valuable collectibles ranging from Sports & Entertainment, to Military, Presidential, Coins and more since 2008 as part of the Steiner Sports brand that was originally founded in 1987. 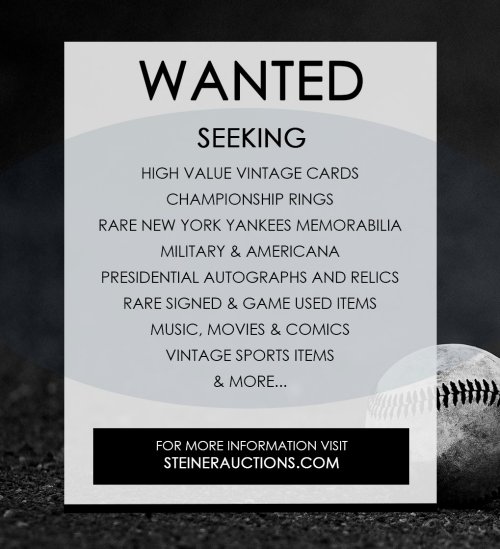