Steiner Sports is excited to present our current December 9, 2014 Winter Classic Auction. Bidding is in progress and concludes on December 9, 2014!  With an amazing selection of baseballs, autographs, Yankees items, game used items and more! Bid now.  Over 1000 items up for  bid!  Highlights include: 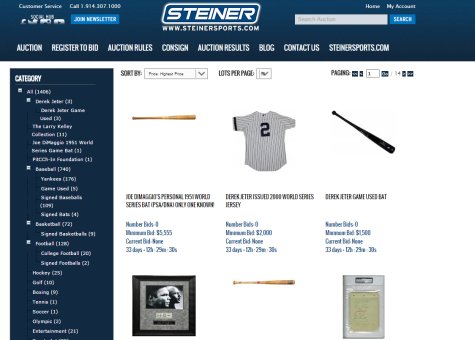