Don’t miss out on this opportunity for awesome game used memorabilia.  Bid, view and register for this auction at steinersports.com. 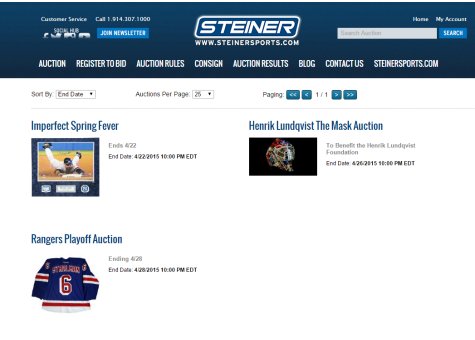