Once again, Mile High Card Company is proud to close out an incredible year by offering an Elite December Auction that breaks new ground for the industry leader. Four of the most iconic baseball cards ever produced; a 1909-11 T206 Sweet Caporal Eddie Plank PSA 1 PR, 1909 E90-1 American Caramel Joe Jackson PSA 2(MK) GOOD, 1933 Goudey #106 Nap Lajoie SGC 6.5 EX/NM+ and 1952 Topps #311 Mickey Mantle PSA 4 VG/EX, lead a list of just over 500 lots that include not only the usual array of world-class cards but a music memorabilia section featuring The Beatles, Allman Brothers and The Grateful Dead as well as an extensive selection of autographed artwork by Grateful Dead front man Jerry Garcia.

“As with end of the year auctions in the past, we’ve limited the number of lots to just over 500 but the quality of the sports cards and memorabilia as well as the incredible artwork of Jerry Garcia will certainly capture plenty of interest,” said MHCC President and CEO Brian Drent. The auction opens for bidding on Monday, November 19th and concludes on Thursday, December 6th. 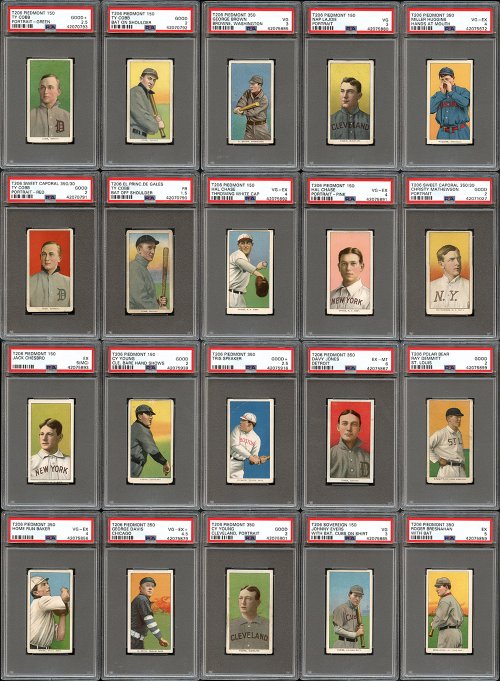 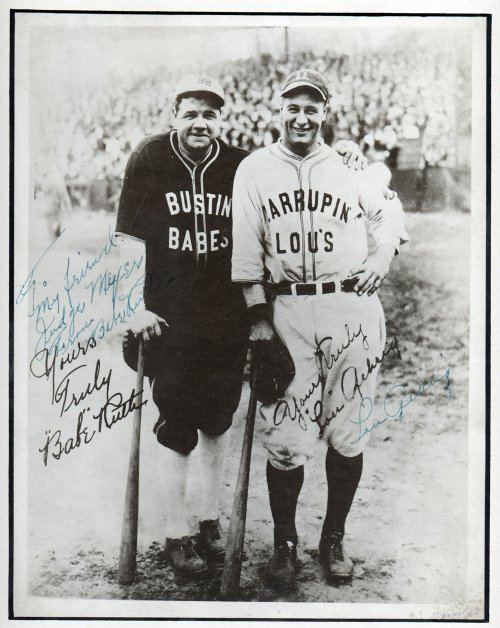 Now let’s talk music. MHCC is proud to present a truly incredible music memorabilia and autograph component, headlined by two autographed Beatles pieces; Spectacular 1963 The Beatles Signed Photograph with All Four Members and 1963 The Beatles Signed Hotel Register with All Four Members (with Ringo Starr signature as R. Starkey). Also offered are a variety of electric guitars and album covers that are autographed by members of The Allman Brothers, Neil Young, The Grateful Dead, Widespread Panic, and even an acoustic guitar signed by 32 members of the Andy Griffith Show. Grateful Dead legend Jerry Garcia is world-renowned for his impressive artwork as well as his music, and this auction features over 30 different signed and numbered Jerry Garcia lithographs, etching artist’s proofs, silkscreen prints and pencil sketches. The collection finishes off with an Incredibly Rare 1973 Buffalo NY Grateful Dead Concert Poster Featuring Ron “Pig Pen” McKernan, one of just a few known specimens.

MHCC is currently accepting consignments for our opening auction of the 2019 calendar year, so if you desire the maximum possible return for your prized sports cards and/or memorabilia, please call our office at (303) 840-2784 to speak with one of our team of experts, contact us at www.milehighcardco.com.