Classic Auctions is honored to announce that our upcoming Spring 2022 Auction will feature the personal collection of Hockey Hall of Fame member Ted Lindsay. Nicknamed “Terrible Ted” for his toughness, Ted Lindsay was no giant. Although fairly small compared to other players at 5 ft 8 in (173 cm) and 163 lb (74 kg), he was a fierce competitor. Lindsay scored over 800 points in his career, won the Art Ross Trophy in 1950, and won the Stanley Cup four times.

“[…] I wasn’t there to make friends. I was there to win. It wasn’t necessary that I score, but I figured I could be an integral part without scoring. I had ability, I had talent and I didn’t have an ego that I thought I was great. I realized I had to earn it. That was my purpose – to be the best that there was at the left-wing position.”

“I never looked at stats. I was part of a team. I couldn’t do it by myself and nobody else on the team could do it themselves. We were part of a team. I had to help my teammates as much as they helped me. That was my philosophy.”

Stay tuned as we announce other incredible collections and items from our upcoming Spring 2022 Auction!

REGISTER TO BID or CONSIGN AN ITEM OR COLLECTION 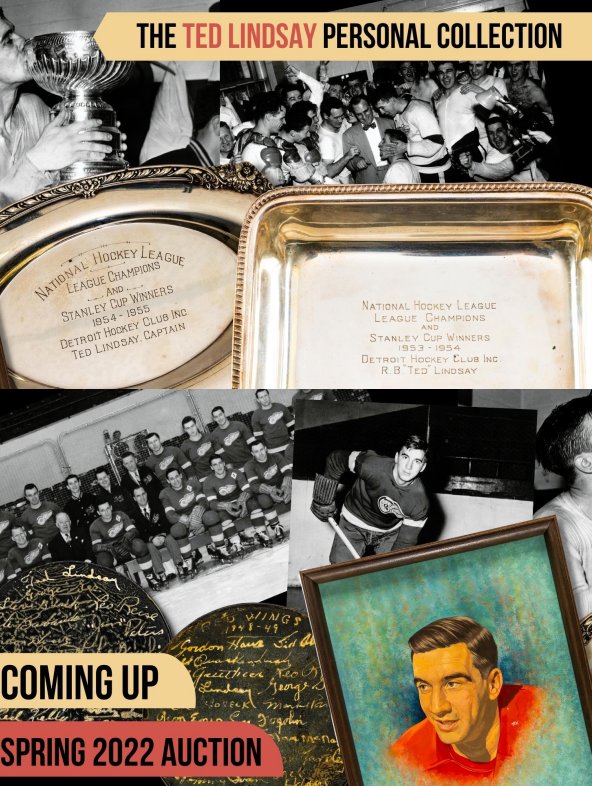