Don’t miss out on the Gotta Have Rock and Roll – Pop Culture and Rock and Roll Auction which opens December 1, 2021 and concludes on December 10, 2021. Bid, register and view items at www.gottahaverockandroll.com. An outstanding offering of over 1,000 Rock & Roll and Pop Culture rare artifacts! Items include stage, music video and personally worn clothing, jewelry and costumes, stage played and signed guitars, handwritten lyrics, set lists and letters, signed album covers and photographs, rare concert posters, gold album awards, original artwork and much, much more! 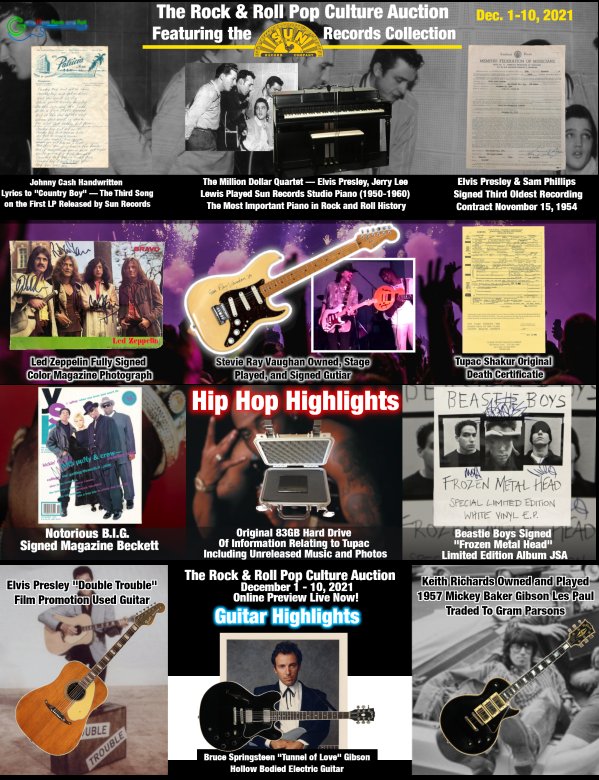