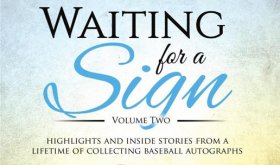 For anyone who has ever collected an autograph, the just-released book entitled “Waiting for a Sign, Volume Two” is a must-read. Author Kevin Keating has spent a lifetime collecting autographs from some of the biggest names in baseball. A native of suburban Chicago’s Lake in the Hills, Illinois, he spent much of his youth acquiring thousands of signatures from major leaguers visiting the Windy City to play against his hometown Cubs or White Sox. By the time he graduated from high school, he had amassed more than 10,000 autographs.

Get your book and Meet Kevin Keating at the 42nd National Sports Collectors Convention July 27-31, 2022!

Order your book at www.waitingforasignbook.com

Keating’s affable personality and insightful and encyclopedic knowledge of the game’s history endeared him to many of the iconic players whose signatures he sought. It also led to Keating’s becoming both a friend and confidant of some of the greatest players the game has known. It was a dream come true for Keating, a fan who did not play professional baseball himself but became friends with men like Whitey Ford, Warren Spahn, Chuck Connors, Phil Niekro, George Brett, Harmon Killebrew, and Bob Feller. Keating also shares meaningful exchanges with other icons to include Roberto Clemente, George Sisler, Casey Stengel, and Mark McGwire.

“Although I didn’t fully understand it when I started as a kid, collecting autographs is so much more than just getting a signature on a baseball or piece of paper,” said Keating. “It’s about the one-on-one, intimate moments shared with the star players you really look up to and admire. That’s why I wrote Waiting for a Sign, to pay tribute to some of the players who impacted my life. Waiting for a Sign tells the story behind the autograph and reveals the person inside the player. I hope those who read these stories will enjoy getting to know these people as I have.”

Join Keating on the day he and Chuck Connors narrowly escaped death; the time George Sisler gifted 11-year-old Keating an autographed baseball “for being a nice little boy”; the afternoon when George Brett gave him the shirt off his back; on the last night he spent with close friend Warren Spahn, just days before the great lefty passed away; and experience other never-before-told memorable encounters and relationships with other icons.

As Pulitzer-Prize-Winning journalist and renowned baseball fan George Will noted, “Kevin Keating’s love of baseball has a purity that matches its longevity. It has brought him into charming contacts with many of the sport’s greatest stars. To read his charming stories is to experience first love a second time.”

Volume Two also features a personal forward by multi-Emmy-Award-winning broadcaster and former Major League pitcher, Paul Byrd. Hard-copies of both volumes may be purchased at:

About the Author: Keating graduated from the United States Military Academy (1982) and the Johns Hopkins School of Advanced International Studies (2002). He now serves as the Principal Autograph Authenticator for Professional Sports Authenticator (PSA), a subsidiary of Collectors Universe. 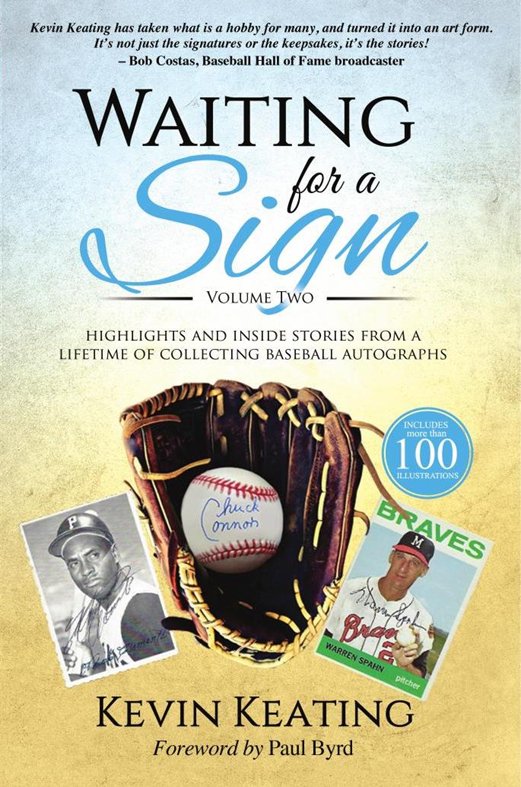