Tom Brady keeps breaking records on the field and again off the field with his rookie card reaching new heights over the weekend when his 2000 Playoff Contenders Championship Rookie Ticket Autograph card sold for $3,107,372 in the Lelands Classic Auction becoming the most expensive football card ever auctioned, breaking the record set by another Brady card sold by Lelands in April for $2.25 million.

“Tom Brady is the GOAT and continues to break records both on and off the playing field,” said Lelands Director of Acquisitions Jordan Gilroy. “It’s only fitting that Brady has set another record for the most expensive football card ever sold in public auction.”

Also headlining the auction was Tom Brady’s historic first career touchdown pass football ($428,842). Brady threw his first TD pass in the NFL on Oct. 14, 2001, in a home win against San Diego, connecting on a 21-yard strike to wide receiver Terry Glenn. The consignor of the ball was the fan who caught it after Glenn tossed it into the stands following his TD celebration.

Other Auction Results Highlights Include:

Want Your Stuff to Outperform? Get in on the Lelands Summer Classic by June 30. 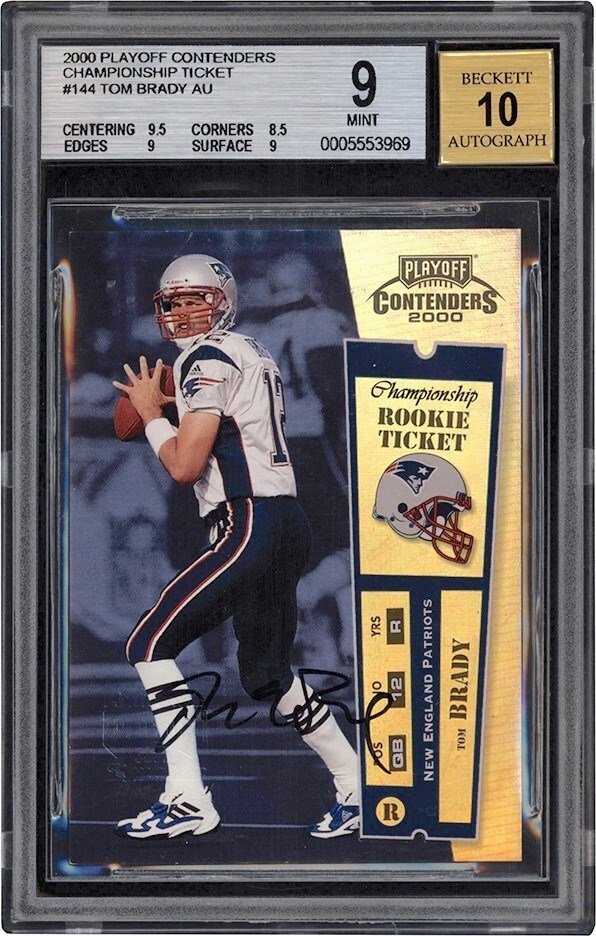