One of only two PSA 10 Topps Wayne Gretzky rookie cards and the first ever to come to public auction sold for $200,976 early Sunday morning as Memory Lane brought the curtain down on its summer auction. The chance to own the most popular hockey card ever made—in the highest grade possible–generated 175 bids, many coming in during the final hours of the auction.  The price for the Gretzky card was one of numerous records set in the 19-day catalog event. In all, the auction totaled over $3 million including the buyer’s premiums. 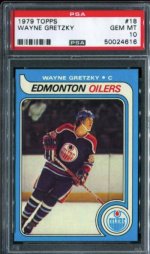 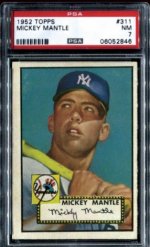 Football card collectors zeroed in on a 1959 Topps Bart Starr graded PSA 10. The sole gem mint example of the Hall of Fame quarterback’s third year card sold for a whopping $18,112.
Other notable post-War cards and their selling prices included:

For complete results, more information on upcoming events or to consign high quality sports cards and memorabilia to one of the company’s next auctions, visit Memory Lane’s website or call 877.606.LANE (5263).