Apparently, lightning can strike twice, and fortuitously for Classic Auctions bidders, this occurring phenomena feature’s the greatest defenceman in the history of the game! We are thrilled to announce not one, but two paramount game-used sticks from early-on in the career of legendary superstar Bobby Orr will be available in our Spring 2018 Auction. The first important stick saw use by Orr while the teenage wunderkind dazzled spectators in an Oshawa Generals jersey in 1965-66, and amazingly, it’s been photo-matched! 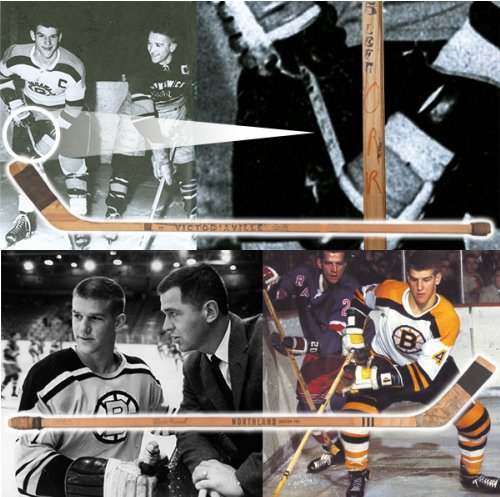 The second example serves as one of the very first sticks employed by the icon as a Boston Bruin, with this Northland Pro seeing use early-on during Orr’s rookie campaign in 1966-67, backed by wonderful photographic evidence. With any photo evidence or photo-matching of lumber an especially rare occurrence, considerable value can be added, making any and all examples fitting this criteria – including these ultra rare specimens – most desirable. Consistently offering the best items the hobby has to offer, auction after auction, year after year, Classic Auctions delivers!

Consign with us today! We have multiples options to ease the process. We are always looking for items such as Game-worn Jerseys // Game-used Equipment // Trophies and Rings Historical Photos // Pre-1970 Trading Cards // Rare Autographs // And more.