University Archives Fabulous Autographs Auction from Ali to Lincoln auction is now up for bid through the invaluable auction site and will conclude on June 21, 2016, 10:30 AM EST.  Bid, register and view items from the auction here.  A great selection of 143 lots to bid on. You can bid “live” on a fine variety of outstanding autographed manuscripts and books of notable presidents, historical figures, literary figures and much more! 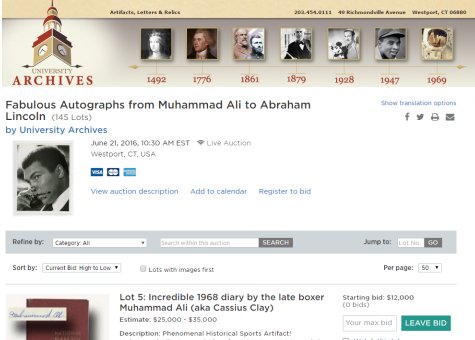