University Archives post-election auction promises to be one of the best we have had with exciting, new items added everyday! Join us for a chance to own some of the finest material in the world of autographs, books and relics at great prices! The auction kicks off at 10:30 am on Thursday, November 10, 2016 on Invaluable and eBay. A selection of some of our highlights are shown below. 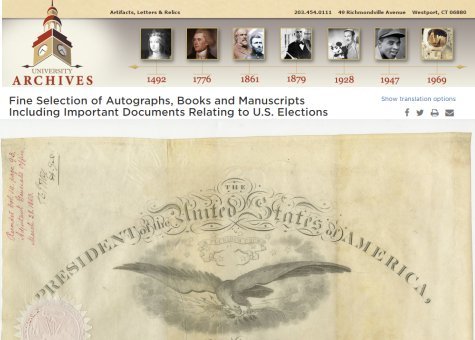