University Archives Fine Autographs & Manuscripts auction including selections from the The Collections of Charles E. Sigety are now up for bid through the invaluable auction site and will conclude on August 23, 2016, 10:30 AM EST.  Bid, register and view items from the auction here or on Invaluable.  A great selection of 179 lots to bid on. 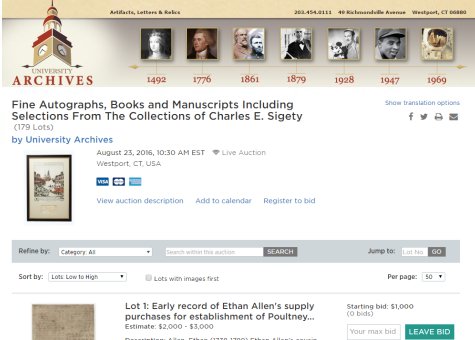