The high school letteman’s jacket of Walter Payton is available in the Worthridge Fall Sports Auction, that is in progress and concludes on December 6th.

Here is an opportunity to own the letter jacket of an all-time NFL great. This is Walter Payton’s personally owned letterman’s jacket from Columbia High School in Mississippi. Payton attended Jefferson High School for his freshman and sophomore years before integration forced the school to merge with Columbia High School. Payton became the undisputed star at Columbia, scoring at least one touchdown in every game of his junior and senior seasons (1968-1969 and 1969-1970).

Walter Payton brought style, grace, and power to the Chicago Bears backfield in 1975. In doing so, he did the unthinkable by filling the shoes of fellow Bear legend Gayle Sayers. In 13 NFL seasons, “Sweetness” rushed for over 16,000 yards, was named to nine Pro Bowls, both the 1970’s and 1980’s All-Decade Teams, and the NFL’s 75th Anniversary All-Time Team. He was the NFL’s MVP on the Bears Super Bowl XX championship team in 1985.

Worthridge is proud this item. It is part of their second Sports Memorabilia Auction, running from November 19 until December 6.

Worthridge is the culmination of over 20 years of sports memorabilia and collectibles experience. The company began as a small baseball card store, and over the years has offered some of the finest memorabilia to ever enter the market. 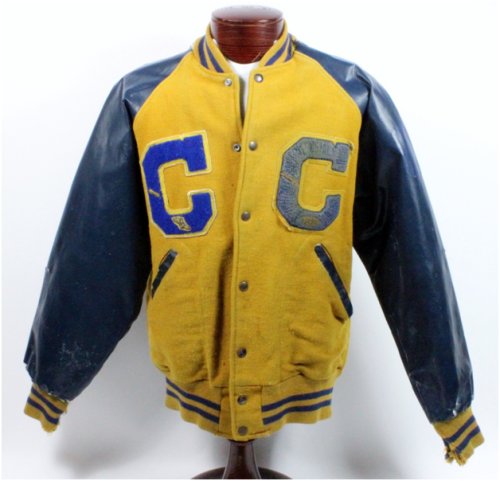