The late Wayman Tisdale’s 1984 Olympic Men’s Basketball gold medal and jersey will be up for sale in the Goldin Auctions 2018 Winter Auction.  The medal represents the last men’s Olympic basketball gold medal won by an amateur team as the U.S. men won bronze in 1988, which lead to the formation of the Dream Team in 1992 and professional players representing the U.S. ever since.

The medal and other memorabilia from the versatile Tisdale’s careers as an athlete and musician will be offered beginning January 22. 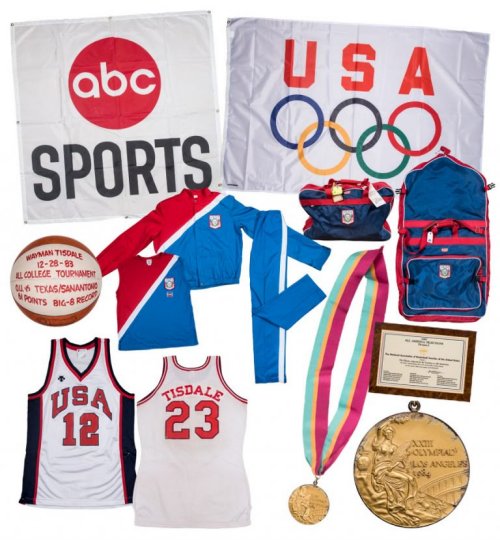