And the Great One only gets greater. Heritage Auctions has sold one of only two known 1979 O-Pee-Chee Wayne Gretzky rookie cards graded Gem Mint 10 by Professional Sports Authenticator for $3.75 million. That shatters the previous record set only five months ago, when, on Dec. 11, Heritage sold at auction the only other gem-mint Canadian version of his Edmonton Oilers rookie card for $1.29 million.

December’s sale was the first time any hockey card surpassed the million-dollar mark.

This new record, the result of a private transaction, “is not surprising considering how rare and significant this card is,” says Chris Ivy, Heritage Auctions’ Director of Sports. “After all, there are only two examples. And, it’s Wayne Gretzky.”

Indeed, this is one more record to add to the Hockey Hall of Famer’s ledger and legacy shaped over 20 seasons in the National Hockey League. There are myriad accomplishments next to his name, among them: the NHL’s all-time goal-scorer, its highest point-scorer, its greatest assist-maker.

And now The Great One’s Canadian rookie card has become one of the Holy Grails in card collecting. In 2016, a Gretzky O-Pee-Chee graded PSA Gem Mint 10 sold at auction for $465,000 – and that was when there was just one known to exist.

“There are just a handful of cards out there to reach such stratospheric heights, and they bear such names as Mickey Mantle, LeBron James, Mike Trout, Honus Wagner and Michael Jordan,” says Dan Imler, Heritage Sports’ Vice President of Private Sales and Consignments. “It’s only fitting that greatest hockey player of all time, and one of the most beloved and revered athletes of the 20th century, joins their estimable ranks.”

The buyer and seller involved in this $3.75-million sale have asked to remain anonymous. But the new owner of this extraordinary rarity is thrilled to bring it home:

“Throughout many years of collecting, this card has always been our ‘white whale,’” says the buyer. “Our family is thrilled to become the new guardians of this world-class hobby treasure.”

Ivy says the buyer recently reached out to Heritage about acquiring the card. “And,” he says, “we could not be prouder about having been part of it.” 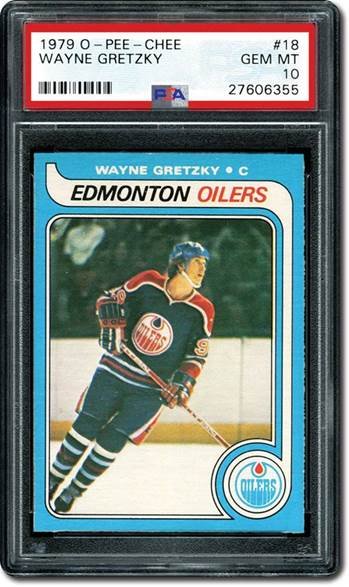