Golden Age Auctions Srping 2022 auction launches tomorrow (and we’re going to shock the collecting world with this one), but before that happens we want to announce the $600,000 sale of a 1934 Masters Tournament Series Ticket. The ticket is autographed by 17 of the 61 participants in the inaugural Masters Tournament, including Champion Horton Smith, Bobby Jones, and Walter Hagen. The $600,000 sales price is the highest price ever paid for a ticket in any sport ever, eclipsing the recent sale of a Jackie Robinson debut ticket for $480,000.

Ticket collecting is far and away the hottest collecting market right now, so please reach out to us with your rare tickets, including from significant events in Tiger Woods’ career. 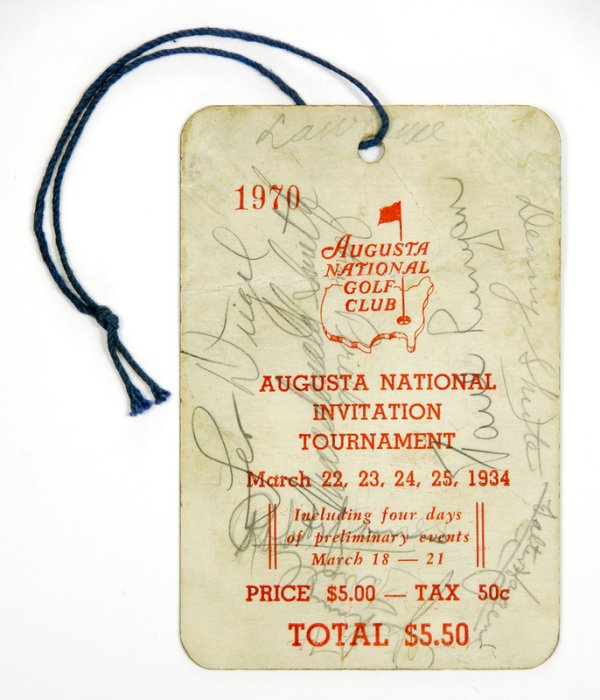