Chicago’s largest public auction dedicated to vintage comic books and original comic art fetched $12,201,974  – setting the world record for the most valuable sale of its kind.

The top lot claimed its own record when artist Frank Frazetta’s Original Art titled Death Dealer 6, 1990 – first published as the cover for Verotik’s 1996 Death Dealer #2 comic book – more than doubled the all-time auction record for any piece of comic art when it sold for $1.79 million.

“As the live session opened, the Frazetta painting had a bid of $600,000, but within moments it had come down to two collectors, bidding by phone, who waged a pitched battle for this very desirable painting,” said Barry Sandoval, Director of Comics Operations at Heritage. 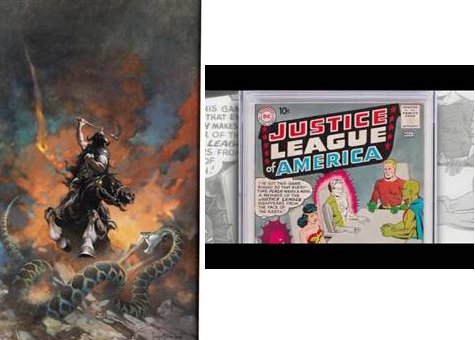