The Wizard of Westwood continued to work his magic eight years after his passing at age 99, as a jersey he wore as a member of the early 1930’s Purdue Boilermakers dwarfed its pre-auction estimate of $30,000+ with a stunning top bid of $264,000 in Heritage Auctions’ May 17-18 Sports Memorabilia Catalog Auction.

The auction price sets a world record for a college basketball jersey, besting the standing mark by over $120,000. But the top result of the auction was a $660,000 sale price for the bat used by Babe Ruth to launch his record 60th home run of the fabled 1927 season, one of just a small handful of bats ever to command a sale price north of a half-million dollars. 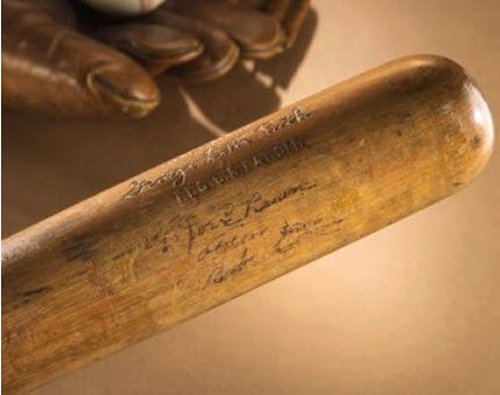 “The memorabilia market is hot across the board,” said Chris Ivy, Director of Sports Auctions for Heritage, “but the top end continues to enjoy the steepest ascent. Our marketing department has proven particularly adept at drawing global investment capital into the collectibles field, and our consignors are reaping the enormous benefits of this enterprise.”

The famous autograph collection of Jack Smalling, widely considered the most comprehensive Major League Baseball assembly in existence, drew a winning bid of $180,000 for the third-highest result in the auction, while a 1951 Mickey Mantle rookie card signed by the legendary Yankee likewise illustrated the fortitude of the autograph market with a huge $66,000 result.

Tom Brady continued his winning ways on Thursday night, a $66,000 result for his 2006 game worn New England Patriots jersey proving one of the highest ever paid for a 21st century gamer. Fellow popular athlete Jim Palmer saw a record-setting $30,000 result for a jersey from his 1975 Cy Young season, more than doubling the former record for his wardrobe.