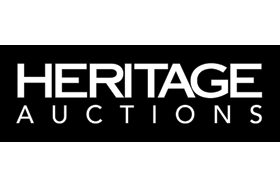 “Our strategic plan embraces technology, expertise and unrelenting focus on building win-win relationships with bidders and consignors,” said James Halperin, Co-founder of Heritage Auctions. “The results have been consistent world records and customer satisfaction across fine art, rare coins and paper money, comic books and comic art, and sports. Heritage remains the industry leader by wide margins in most of those categories, as well as in total online sales.”

Auction sales of U.S. Rare Coins climbed by 11 percent, from $169,101,766 in 2017 to $187,825,708 in 2018. Heritage outsold all of its U.S. Coins competitors combined last year, dominating the hobby with a market share of nearly 54 percent, according to an independent survey by the Professional Numismatists Guild. Among the hobby’s annual sales, Heritage ranked with the $2.64 million sale of an elusive 1804 Dollar, often dubbed “The King of American Coins.”